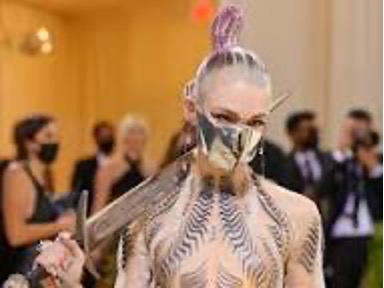 Claire Boucher, who is professionally known as Grimes (born March 17th, 1988) is a musical artist from Vancouver, Canada. She is a musician, singer, songwriter, and record producer (Wikimedia Foundation, 2022). Her music incorporates a variety of styles, which include electronic, dream pop, hip-hop, R&B, and, she touches on feminist themes. She has released five studio albums. Grimes’ music has been by discussed by critics and journalists for its atypical combination of vocal elements. She was awarded the Webby Award for Artist of the Year in 2013 (imbd, 2022).

She began releasing music independently in the first decade of the 2000s, releasing two albums. Her most current song is “Player of Games”, which came out December 3rd, 2021. This new release single is her first proper single since her 2020 Miss Anthropocene. Additionally, this single is her first official release after her separation from her partner, Elon Musk. The two separated in September of 2021.

On March 5th, 2021, Grimes signed with Columbia Records. Her official lyric video for “Player of Games” was directed by Anton Tammi. This song is stated to serve as the first chapter of her new “Book 1 Era.” This song shows a great amount of symbolism showing love. When listening to the song and reviewing the lyrics, one can see Grimes is discussing loving someone so much that you would do anything for them, even if that means no longer being in their life.

An interesting story shared by Grimes discusses an attempt to travel. This story is told that the two attempted to sail down the Mississippi River to New Orleans from Minneapolis in a houseboat they built. After several mishaps, engine troubles, and encounters with law enforcement, the adventure came to an end. From this, she turned the story into an animated video which is narrated by T-Bone Burnett.