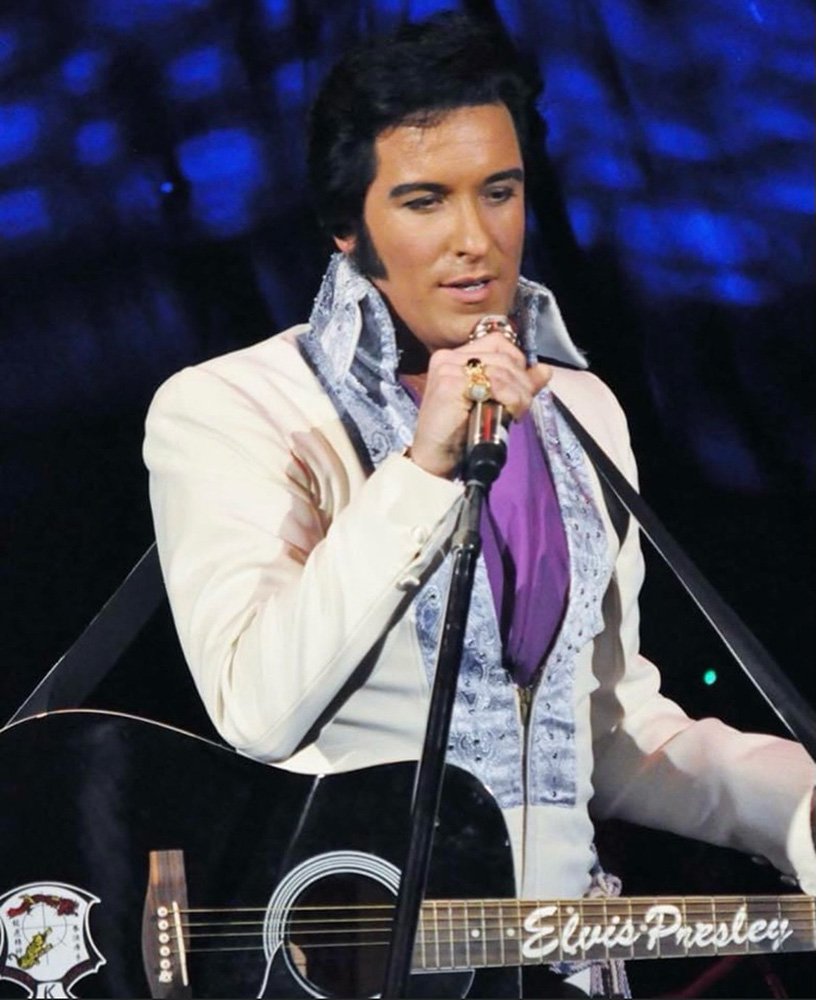 Mention Liverpool’s music scene and there’s a good chance the conversation will quickly turn to The Beatles. Minnesota? Prince and Bob Dylan are probably not far away. New Jersey? Springsteen is likely to come up. But Memphis, Tennessee? Well…that conversation is only going one place – the King of Rock ‘n’ Roll himself, Mr. Elvis Aaron Presley.

And Memphis, Tennessee, is precisely where Michael Chambliss finds himself this August as he showcases his incredible talents in the Elvis Week Finals. The finals – promoted by Elvis Presley Enterprises and hosted at The King’s now legendary former home, Graceland – bring together 15 of the very best Elvis tribute acts from around the world as they compete for the prestigious title.

Michael is already one of the most popular Elvis tribute acts in the country. Hailing from Purvis, Mississippi, originally, Michael is now based in Pigeon Forge, Tennessee – a town associated with another of the state’s legendary-status musical heroes, Dolly Parton.

With almost a decade of musical success under his belt, Michael has made a name for himself as an artist who really taps into what The King was – and still is – all about. In 2014, he was crowned Images of the King World Champion, as well as the Lake George Elvis Festival Champion. The following year, he was a finalist in the Ultimate Elvis Tribute Artist Contest – another competition produced by Elvis Presley Enterprises, an official entity of the Elvis Presley Trust – placing in the Top 5.

Michael has also performed right across the globe with a number of different acts, delighting fans of Southern Gospel music with his awesome vocal skill. Performing with the Gaither Family or as a member of the Cumberland Quartet and New Life Gospel, Michael delivers performances that connect with audiences on every level. Featuring the kind of passion and heart that makes this musical style so powerful, and so transformative, for people around the world, Michael’s live shows are truly something to behold.

After Elvis Week, Michael heads north and east for a collection of dates this fall. You can catch him at the Elvis Explosion in La Crosse, Wisconsin, and at the Apple Festival in Niles, Michigan, in September. In October, he appears at the Ocean City Tribute Festival in Maryland.

The King lives on in the hearts of fans of all ages, as well as in the stunning homages of artists like Michael Chambliss.