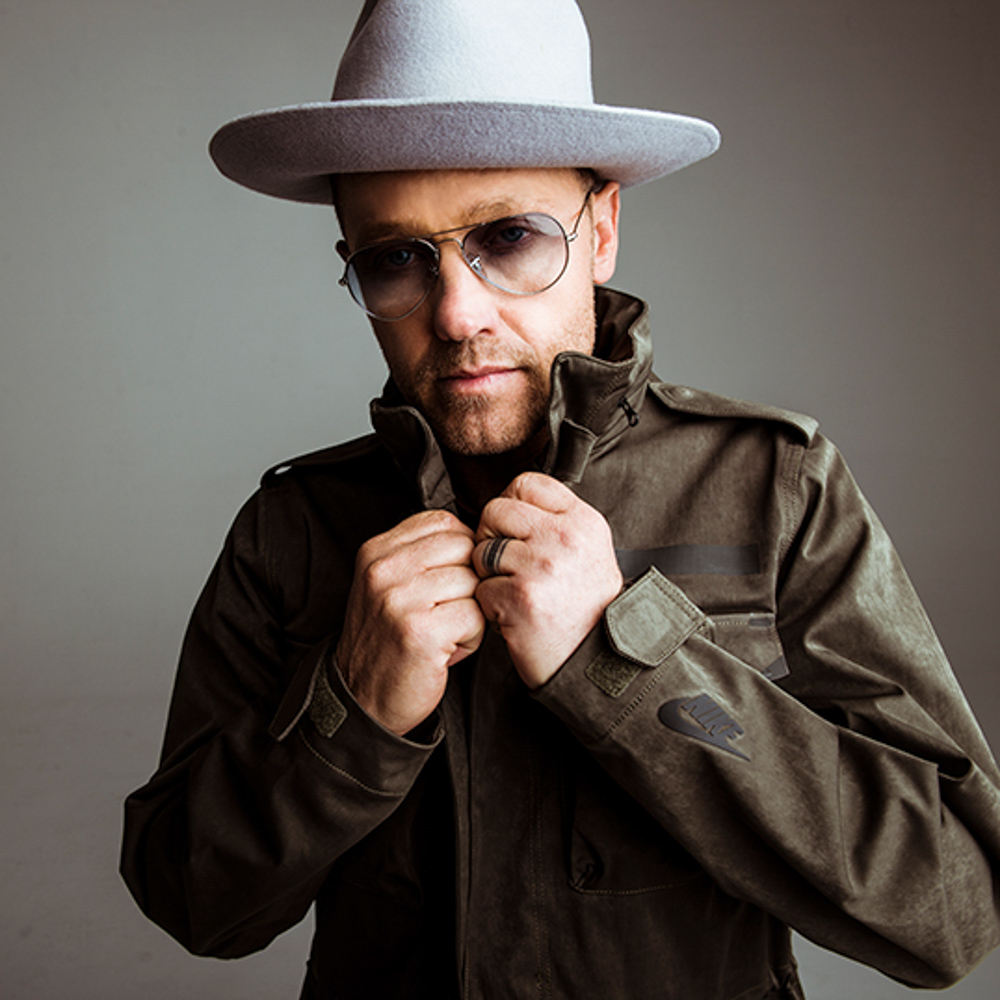 This Grammy Award winning artist is known for his contribution to Gospel hip hop and rap. TobyMac, born Kevin Michael McKeehan was born in Fairfax, Virginia. Music became a huge force as he got older.  In 1987, Toby and friend Michael Tait decided to dive into the Christian hip hop & rock world to form their first band. Not even a year later, Kevin Mack Smith was added to the lineup.  In 1994, Toby started a record label with Joey Elwood and Todd Collins, which according to his website, has overtime “launched the careers of Relient K, Jennifer Knapp, Sonicflood, Family Force 5, Jamie grace and more.”

As most artists do, Toby eventually split from his kickstart band and began to carve his individual music journey. From there he released his debut album Momentum, a short but sweet first Christmas album, another emerged in 2011 called, Christmas in Diverse City.  His third album, Welcome to A Diverse City, came in ‘04, was Renovated in ’05. And in 2007 the band entered the top ten on the Billboard 100.  One of his best-known, award-winning works being Alive and Transported hit the radio in ’08.  From 2010-2015 TobyMac brought to life six albums “enhancing his message of worship, healing, and salvation.” Clever choruses, catchy high-energy tunes, motivational melodies, and sing-along spiritual invitations make up his works. And just when you thought he may be done, TobyMac emerged once again with 3 consecutive albums in back-to-back years, with original works, Collab sessions & lost demos.

Currently in spring of 2022 he is touring to promote The Lost Demos album that was published in 2020.  As said on iTunes “it shouldn’t come as a surprise that the previously unreleased odds and ends he collected from old hard drives while sheltering from the pandemic…reflect not only uplifting sentiments but sprightly production ideas.”

According to Billboard.com numbers, Toby Mac has spent over 175+ weeks as a top album selling artist and has had six songs stay at #1 Hot Christian Songs for 31 weeks.

Toby’s music ranges not only on stereo but also in theatre, where a number of his tracks were used in action packed films and a well-known TV show.

Do you have musically inclined teenagers? Check out TobyMac’s website for information on Camp Electric. “Camp Electric brings together Christian musicians and teaches them band dynamics, the art of leading worship, and performance skills that are truly invaluable.  But that’s just beginning, they’re able to do all that while interacting with and learning from their favorite Christian artists,” such as members from Casting Crowns, Jeremy Camp, Mandisa, Hollyn and NF.

Check out TobyMac’s tour dates as he travels from show to festival for the 2022 year & Hits Deep Tour.

Check out the Latest Hit Blessing Offer by TobyMac