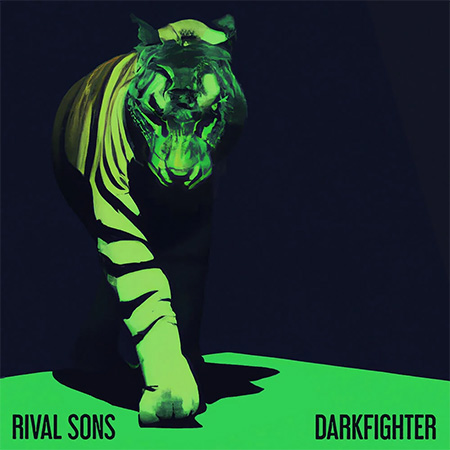 Who Is Rival Sons

Straight out of California, Rival Sons is a rock & roll band formed in 2008. The quartet includes Scott Holiday on guitar, Dave Beste on bass, Mike Miley on drums, and Jay Buchanan on vocals. All of the band members are talented musicians who had found previous success on other projects.

In the past years, they’ve released six albums, including Before the Fire, their very first album. Other records include Pressure & Time, Head Down, Great Western Valkyrie, Hollow Bones, and Feral Roots. In 2019, with the release of their Grammy-nominated Feral Roots, the band’s hard work paid off and they have risen to critical acclaim.

In the past, Rival Sons has shared a stage with AC/DC, Black Sabbath, Guns N’ Roses, Alice Cooper, Judas Priest, and more. Many of these bands are ones they looked up to as the band members started their careers. The band has toured all over Europe and the United States and has received Grammy nominations for Best Rock Album and Best Rock Performance.

In October 2022, Rival Sons announced their new album, called DarkFighter, set to be released on March 10, 2023. The album is produced by Dave Cobb, the same producer they’ve worked with in the past, and contains some explosive singles and high-intensity music. The album has some of their traditional classic rock and bluesy feels while digging heavily into the metal side of their music. This is their seventh album, and when they made the announcement, they pre-released the song “Nobody Wants to Die.”

With eight new songs on the record, this rock and roll album is something to look forward to this spring.

A Deep Dive Into “Nobody Wants to Die”

Their new album is kicked off with the highly anticipated song “Nobody Wants to Die,” which is currently available on Rival Sons’ YouTube channel and other streaming platforms. The song is high-impact and full of intensity, with rich, bold guitar tones and lyrics that portray a hard truth in life. The level of musical talent has clearly been raised with the release of this album. The energy in this track is astounding and will keep listeners entertained and fully absorbed throughout the song.

Vocalist Jay Buchanan shared his thoughts about the song, saying, “You live your life knowing that the sword of Damocles is hanging over your head by a thread. You’re fully aware of the impermanence of your existence, but you can’t think about it all the time — or it’ll fuck your life up. I used to work in a mortuary as a service advisor for a few years, driving and opening the hearses. I’d attend three funerals per day. Sometimes, they would be filled over capacity. Other times, it would just be me, a priest, and a hole in the ground. It doesn’t matter who you are; the great equalizer is coming. I was thinking of this because the music sounded like pursuit.”

If you’re looking for a new rock and roll album, this may be your jam. You can pre-order Darkfighter today and get ahead of the crowd in March — check out the single “Nobody Wants to Die” now!

Where to find Rival Sons