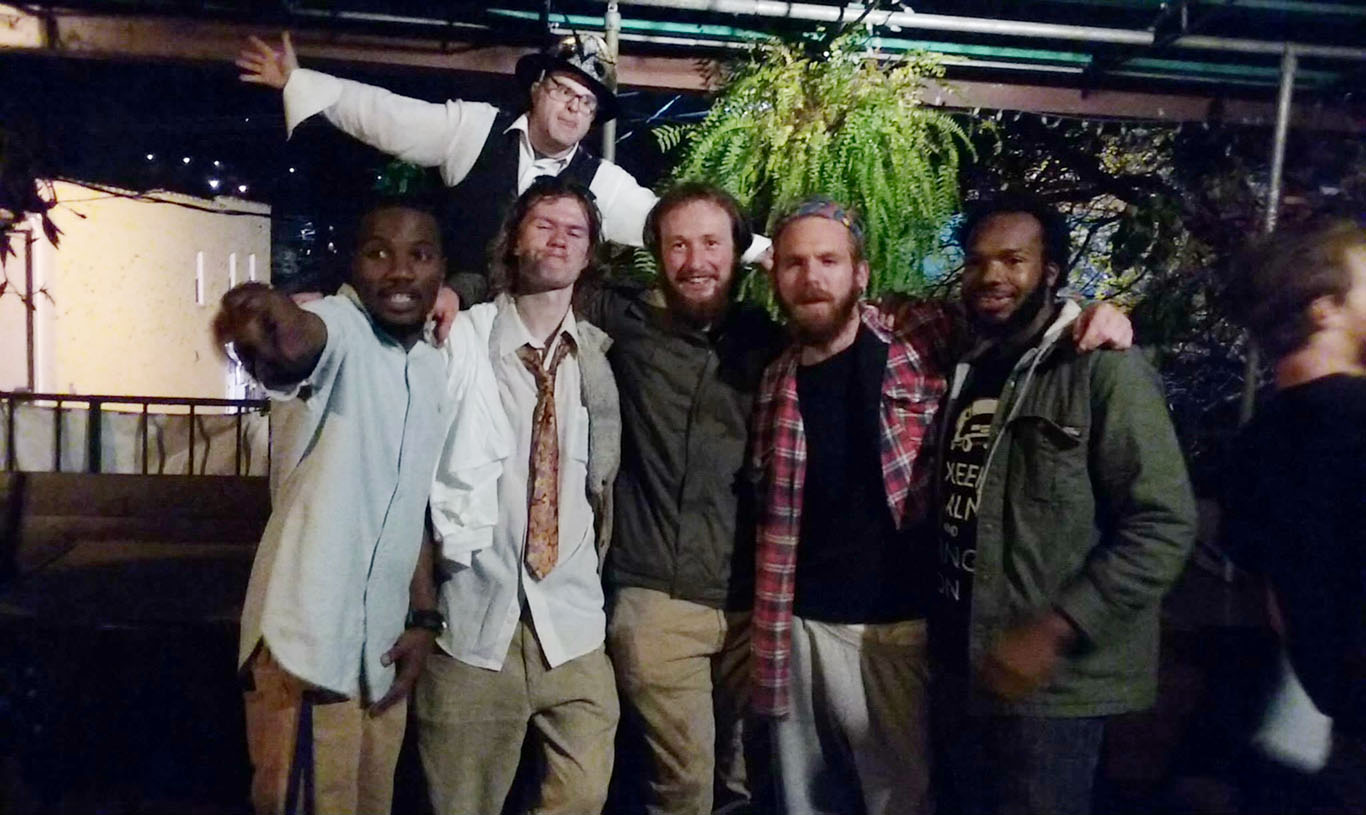 Funkelstiltskin is a revered band located in Boone, North Carolina. They came together in 2010 on the campus of Appalachian State. Initially the three-man band set forth with gigs and house shows, and over the years the list of experiences and members has evolved. Currently in 2022, the band lineup is as follows:

Their genre is not a firm distinction but rather a wide range that shapes to its fan’s interests.

Funkelstiltskin refreshes every four years to better appeal to a new wave of incoming students on campus.  This type of fluid appeal has shown to be a healthy approach to staying relevant and keeping their loving fans coming back for more after 12 strong years.  Tracks from this band range from independently written songs to beloved covers from artists such as Rick James to Britney Spears.  The versatile nature of their catchy vibe is owed to its band members and addition or fluctuation of instruments over the years.

Upon speaking with the band, they shared that their main musical influences include some the of the greatest of all time, Jimmy Hendrix, Marvin Gaye, Bootsy Collins, Nirvana, Tears for Fears, Michael Jackson, P-Funk and more. Growing up with albums from such a wide range of artists has helped each band member find their true vibe.  Funkelstiltskin members can keep their dedication to their personal styles while meshing together a cool jazz, light classics, eclectic, with a side kick of funk that really appeals to so many listeners.

Primarily the band plays in their hometown of Boone, NC at local bars, house shows and will hit the road to play at music festivals.  Their favorite show so far has been a recently played festival, Brewer Kettle. They enjoyed being able to do what they love through performing and then kick back to watch others play, as well as interact with fans, sell merch, and network among other festival goers.  To access their merchandise online, visit their Instagram or Facebook, links will be listed below.

Here at rBeatz our listeners had a question for the band. If Funkelstiltskin could hitch a ride to space, which of the following ways would it be?? One, on Blue Origin with Jeff Bezos? Two, with Sir Richard Branson on Virgin Galactic? Or three, spend a lifetime on Mars transmitting your music back to Earth? Answer –  the band would live out the rest of their lives on Mars sending all their music back to Earth for us to enjoy!

To check out their tracks and dive into their funk, head to Spotify and listen to their latest album Big Chungus (2020). They can also be found on BandCamp from there you can stream their tracks and purchase a digital copy of their 2017 album Wild Animals. Stay tuned for a new three song EP, set to release 2022. Fan favorite performance “Freak Nasty” will be included in this new release. To listen to their covers and other live performances, you can access clips on YouTube, or even here at rBeatz Radio.

If streaming isn’t enough and you want to experience the “unleashing of their chronic funkiness” check them out at the April 23rd event, Thaw Out at Horn in the West presented by Revolution Boone.  Other live show updates can always be found on their Instagram and Facebook pages. Follow them @funkelstiltskinmusic for the most current information!