Country | Kameron Marlowe | Giving You Up 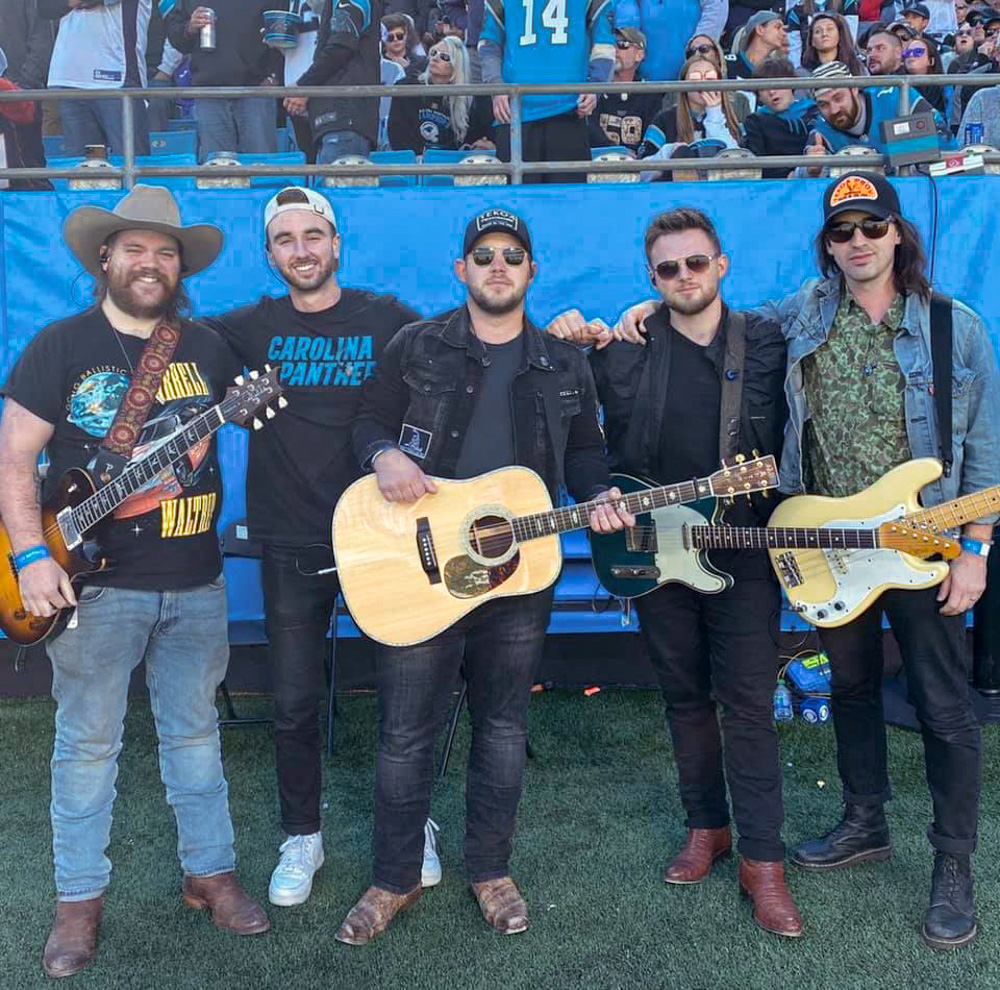 Kameron Marlowe is touring! This summer they are jumping from festivals to fairground performances to opening for names like Brad Paisley and Morgan Wallen. Huge right!? The lead singer, a native North Carolinian enjoyed music prior to diving into songwriting and touring only a few short years ago. Check out his journey on NBC’s The Voice (2018). Since 2019, Kameron Marlowe has geared up and brought us nearly a dozen singles, a six-track EP, and soon, a compilation album with a few previously released hot hits as well as unheard tracks. Pre-save the album today and listen to it in full on August 26th.

What Kameron Marlowe brings to live performances does not disappoint! Ask his fans! The energy and entertainment talent attest to their work.  Rich vocals, relatable lyrics & blazing country guitar. Kameron Marlowe and crew, you’ve got the stamp of authenticity from us at rBeatz and we love having your music on our stream! We knew that the USA Heroes stream is the home for Kameron Marlowe’s music, but after this Independence Day performance on FOX News, we were enamored. Kameron Marlowe teamed up with CreatiVets to “empower wounded Veterans to heal through the arts and music.” This singer and songwriter composed a song with incredible, storytelling lyrics that encapsulated the trials and tribulations of this US Marine.  In the interview and performance, Kameron tells the viewers that this is his way of giving back as he is a huge supporter of our troops and what they give to all Americans. Hats off to you, Kameron Marlowe. https://video.foxnews.com/v/6309126790112/

Visit their site, show your support by purchasing tickets and merch, and follow them on the social media of your choice.

“Giving You Up” – Kameron Marlowe

His artist bio describes how this song came to be. He writes, “It was a really hard break-up situation, and I didn’t know what I wanted to say,” Marlowe explains, thinking back to that fateful night. “So, I came home, and just tried to write something down for myself to get over it.

Over a day-and-a-half, Marlowe wrote and revised, whittling the track down to a tight, classic heartbreak ballad with a modern edge, totally by himself. Full of raw emotion and vivid, heart-on-the-floor storytelling, it became “Giving You Up,” and for most people, the story would end there. He’d scratched the itch to express his pain.”