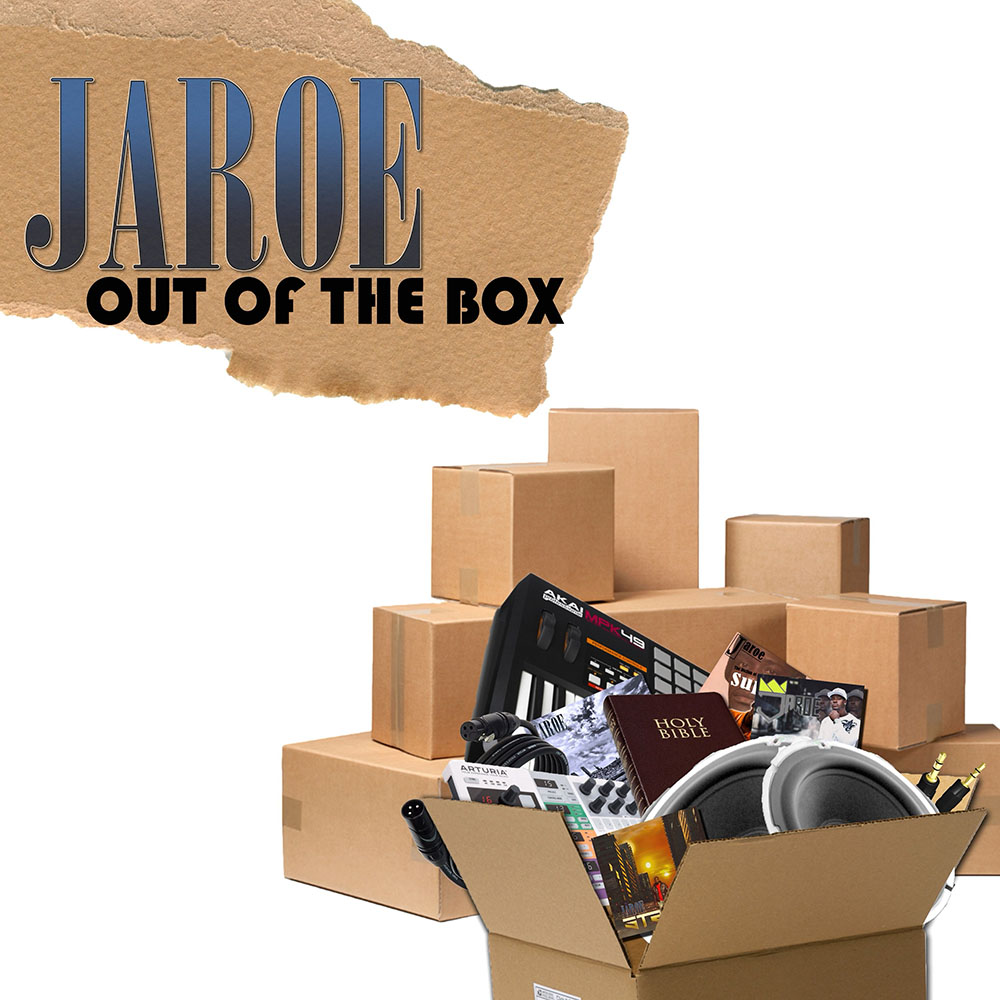 A Stunning Collision of Struggle, Spirituality, and Swagger

Jaroe is sharing his new fresh art with his latest album, Out of the Box – A collection of 14 tracks that elevate Gospel, Spiritual Rap, & Pop-infused hip hop to a whole other level.

For Over an exhilarating 45 minutes, Jaroe takes this ship on a journey, charting the waters of lows and highs of what Jaroe himself refers to as a “season of homelessness, instability, and uncertainty”.

With the difficulties comes hope, however, the positive spirituality of Jaroe’s lyrical content remains a thread that runs right through the heart of his debut full-length album, “Out of the Box”

As Jaroe always Thanks God First he was blessed to team up with the likes of Mr. GP, T, Kelvin Stevenson, Questsan, Natman and more on a swaggering track that connects through the challenges of the pandemic and in the face of hardship.

For Jaroe – Gives All the Glory to God.

The Album Begins – with “Holy Grail”!

Jaroe has our attention and then some. Wherever Jaroe is putting down. We are picking up.

Each track builds on the last – “difficult but victorious milestones,” as Jaroe himself calls them – until the final act of Out of the Box. Cleverly titled …

I Surrender, the record’s grand finale is anything but that, it is another New Beginning and Blessing to share the Good Lords word to all whom listen.

A true American Hero once again at the top of his game. With a philosophical take on struggle, strength, & faith. Thanking his Pastor Ronald and Rachel Wilson along with the Kingdom Vision Life Center. Their continued support was monumental in the completion of “Out of the Box”

This is a remarkable record, delivering the one-two combo of slick ’90s-inspired hip hop and a conscious, cerebral, spiritual message.

But this will come as no surprise to anyone who has followed Jaroe’s career so far.

Hailing from Greensboro, North Carolina, Jaroe has been doing this for years.

Delivering mic-ripping, Gospel hip hop on a series of singles and collaboration.

Last year’s Strut’n (The Remake) is right here on Out of the Box, and fits perfectly in this expanded context. 2019’s Crosses Up – featuring Stack City and Equipped – set out Jaroe as an artist who is proud man of faith and is ready to change the hip hop game from coast to coast and beyond winning souls for Christ.

Jaroe has seen hardship, he’s felt struggle, and he’s come out the other side stronger than ever. The result is “Out of the Box” – some of the most startling hip hop you’re likely to hear this year.

Check out Jaroe Right here at rBeatz.com on The Vessel Radio