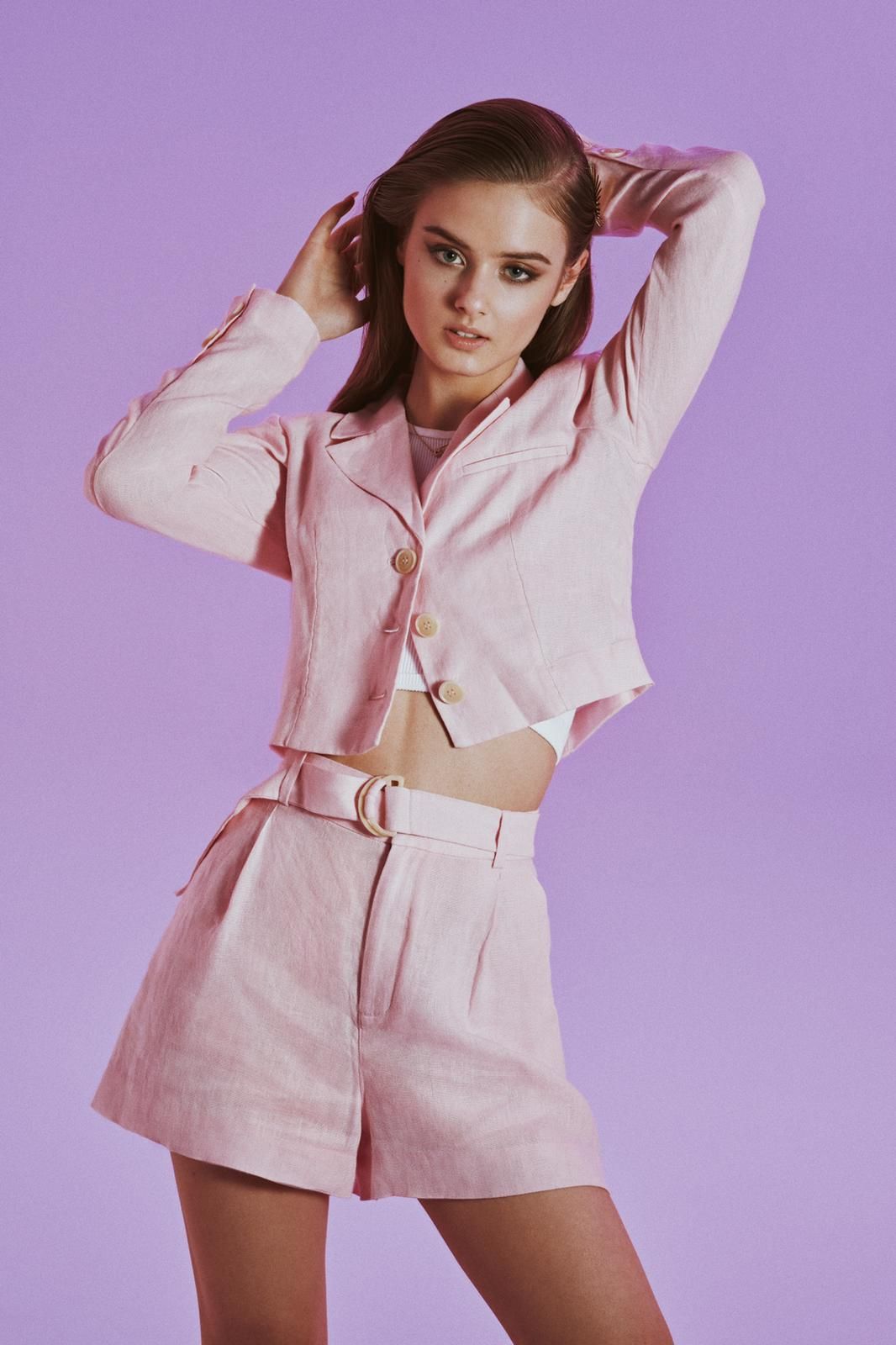 A dimly lit interior. A lush rising of orchestral strings. A man enters, sharply dressed, but agitated, anxious. He’s looking for something, but what? Then a phone rings.

For many, this may be their first introduction to Juli Chan. And what an introduction… the rich, layered textures of her cinematic new music video feel like those of a hit Netflix series or a contender for next year’s Oscars — a suitably epic backdrop for a slice of smart, sophisticated, sumptuous pop.

With “Not a Crime,” Julie Chan has arrived in a big way. The new single is the latest in a string of effortlessly catchy, supremely confident releases from Poland’s superstar in waiting. After scoring big successes in her home country with Polish-language hits, Juli proved herself on the international stage, tearing up the French airways with her cover of Vanessa Paradis’ “Joe Le Taxi” — a track that topped the RTA FM Radio Charts and hit the playlists of almost 50 stations. Following on from this success, Juli has released her first English-language single.

Citing Ariana Grande and Rita Ora among her influences, Juli is proving herself more than ready to take her place in the global pantheon of pop. With a cover of Ariana’s own “Bad Idea” already under her belt, Juli stays true to her musical roots, serving up sophisticated tunes that don’t skimp on catchiness and danceability.

But something tells us Juli won’t be content merely to cover her heroes and follow in their footsteps. Instead, this is an artist who’s going her own way — an artist who knows exactly what she is capable of.

In her video for “Not a Crime,” Juli Chan sits down to a chess game, remaining cool and calm while her opponent sweats and falters. The Queen’s Gambit-esque narrative is a statement of intent from Juli, delivering metaphor after metaphor on the nature of relationships, of life, and of the artist’s own fledgling career. She’s in control, she’s one step ahead, she’s got a game plan, and she’s got it all mapped out — Generation Z just found a new kind of icon.

What’s next for Juli Chan? A debut album is not far away. Juli has said she’s got a few singles still up her sleeve and yet to be released, as well as a full-length collection. Beyond that… we’ll have to wait and see. Juli hinted that a global tour is one of her ambitions, so don’t bet against Juli Chan coming through your town in the not-too-distant future.